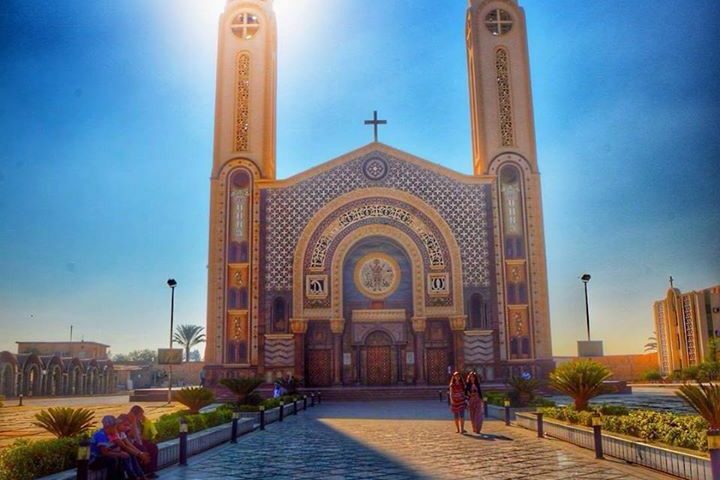 The Coptic Orthodox Church is based on the teachings of St. Mark who accompanied St. Peter and Paul and was serving them. Peter named him his son as stated in the first Peter’s message: My son Marcus greeted you in Peter the first message, chapter 5 verse 13, and Mark preached Christianity in Egypt during the period of rule Roman ruler “Nero” in the first century, about twenty years after the end of the good news of Christ and his ascension to the heavens, he was the first person to believe in Christ in Egypt a shoemaker. He entered the needle in which he worked in his hand, and here Saint Mark began to explain to him who God is and how Christ came to the salvation of human beings, so the shoemaker believed and his household.

It is one of the names of Memphis, the first capital of ancient Egypt. Currently, the word “Coptic” describes the Christians of Egypt, as well as the last stage of writing in ancient Egypt. It also describes the distinctive art and architecture that stemmed from the new faith.

Monasticism arose in Egypt and was of great influence in the formation of the Coptic Church’s personality in humility and obedience, thanks all to the teachings and writings of the great Fathers of Great Egypt (in the Garden of the Monks, etc.). Monasticism began in the late third century and flourished in the fourth century. It is worth noting that St. Anthony, the first Christian monk in the world, was Coptic from Upper Egypt. St. Pachomius, who founded the system of communion and monasticism, was also Coptic. And Abba Paula, the first tourist was Coptic. There are many celebrities of the Coptic Fathers, among whom we mention but are not limited to: St. Macarius, St. Moses the Black, and Marmina Al-Ajaybi . Among the contemporary fathers of the wild are Pope Kyrillos VI and his student Anba Mina Ava Mina.

The Coptic Church believes in seven mysteries (the seven mysteries of the Church), the sacraments of baptism, the mystery of chrism (confirmation), the mystery of communion, the sacrament of penance and confession, the sacrament of priesthood, the sacrament of marriage, and the sacrament of the anointing of the sick. The explanation of the baptism is done a few weeks after birth, by immersing the entire body three times in water on which it is covered. As for the secret of chrism, the body is sealed with chrism oil immediately after the baptism. As for the confidentiality of confession, it is carried out periodically on the father of confession, which is an important secret for practicing the sacrament of communion. It is appropriate for the whole family to recognize a single priest, to make him a family counselor. And unlike all the sacraments, the marriage is the only one that cannot be done during the fasting period. Not available for polygamy, even if it is recognized by the laws of the country. Divorce is not permitted except in the case of adultery, the invalidity of a marriage can be made in the event of a harmful marriage, or some other extreme case, which must be reviewed by a special bishops’ council. Divorce can be requested by husband or wife. Civil divorce is not recognized. The Coptic Church has no objection or objection to the country’s civil laws, as long as it does not conflict with the sacred secrets of the Church. The church has no – in fact, it refuses to put in place a law – or a formal stance against some controversial issues (for example, abortion). While the Church has clear teachings about these matters (for example, abortion conflicts with God’s will), the Church prefers that such matters are dealt with on a case by case basis through the Father of Confession, because he has a full mandate from God to judge such actions as Sinful or not. The church permits abortion in only one case, that is, if the birth will cause the death of the mother.

There are three basic rituals or liturgies in the Coptic Church: The Mass of St. Basil the Bishop of Caesarea The Mass of St. Gregory of Nyssa, Bishop of Constantinople; The Mass of Pope Kyrillos I, Patriarch No. 24. The basis or spirit of the Cyrilic Liturgy is inspired by the Mass of St. Mark (in Greek) from the first century. It was memorized and practiced in prayer by priests and bishops until it was translated to Coptic by Pope Kyrollos I. Today, these three services are still used for prayers, with some passages added (such as intercessions). It is worth noting that the Basile Mass is most used in the Coptic Orthodox Church.

The worship of the saints is completely unacceptable to the Coptic Church, however, seeking their intercessions (such as asking for the intercession of the Virgin Mary) is something fixed in any Coptic prayer. Every Coptic church is named after a patron saint. Among all the saints, the Virgin Mary, the mother of God, occupies a special place in the hearts of all Copts, and her daily successive appearance in a small church in the Zeitoun neighborhood of Cairo for more than a month in April 1968, this appearance was witnessed by thousands of Egyptians, Copts and Muslims, and more than that , Some of the footage of this appearance was broadcast on Egyptian National TV. Copts celebrate seven major Sydney holidays, and seven junior Sydney holidays. The major festivals are the feast of the Annunciation, the birthday, the divine appearance (the diver), one of the fin (Palm Sunday), the resurrection and the ascension, and the feast of Pentecostal (i.e. the feast of Pentecost which is the feast of the Holy Spirit on the fiftieth day, and the word Pentecoste is a Greek word meaning a forum or ceremony), as well as Christmas It is celebrated on January 7 every year.

The Coptic Church emphasizes more on the coming of Christ, the birth of Christ, as well as more on his holy resurrection. Usually Easter is on the following Sunday after the moon becomes full moon in the spring. As for the minor feasts of Sayyidah, they are the Feast of Circumcision, the entry of Christ into the Temple, his coming to the land of Egypt, the wedding day of Cana of Galilee, the Transfiguration, the Thursday of the Covenant, and the Feast of the Renewal of Thomas. The Coptic result is filled with other festivals and celebrations of the martyrdom or transmission of the famous saints in church history.

Copts have seasons of fasting that are not found in any other Christian denomination. Of the 365 days of the year, the Copts fast more than 210 days! During fasting, it is not allowed to eat any animal products (meat, poultry, milk, eggs, butter, etc.). Moreover, it is not allowed to eat any food or drink from sunrise to sunset! However, these strict rules of uninterrupted fasting are often simplified individually according to each person’s condition in terms of illness, weakness, age or others, according to the guidance of the Confession Father or the spiritual father .. The Great Fast is the most important fast that the Copts are concerned about. It begins with a week of fasting as an introduction to this important fasting, followed by 40 days as a remembrance of the forty days of the fast of Christ on the mountain, followed by the Holy Week (his name is Pascha), which is the climax of this fasting. It represents the events of the entire Holy Week until the crucifixion of Good Friday and the end of A joyful Easter. Other fasting includes the fasting of the coming of Christ to the world by Christmas, the fast of the Apostles, the fast of the Virgin Mary, and the fast of Nineveh.

The Coptic Church is headed by the Pope of Alexandria and the Patriarch of the See of St. Mark, and under him the bishops are the fathers who in turn supervise the father’s priests with the dioceses. Both the patriarch and all the bishops must be monks, and they are all members of the Holy Synod, who meets periodically to carry out matters of faith and communion of the believers. Although the patriarch is at a high level and appreciates many of all Copts, he does not enjoy an elevation above the level (our church is a collegiate church and not a papal church) and it is not immune to error as the Catholic brothers think. Today, there are more than 90 Coptic bishops starting the dioceses inside and outside Egypt (such as Sudan, Jerusalem, West Africa, France, England, Canada and the United States of America). The primary pastoral responsibility of the Coptic community in any diocese falls to the priests and priests, and they must study in the seminary before their ordination. 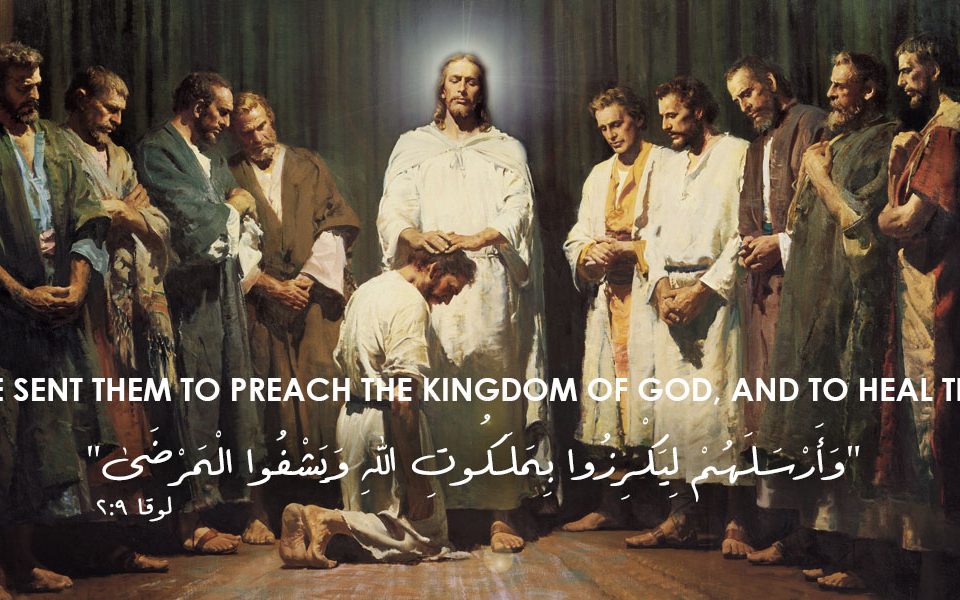