Saint Mina was born in Egypt in the year 285, in the city of Niceous which lies in the vicinity of Memphis. His parents were real ascetic Christians, his father’s name was Audexios and his mother’s was Aufimia. On the feast of St. Mary, the mother who did not have any children was praying in front of the Icon of the Virgin with tears that God may give her a blessed son. A sound came to her ears saying “Amen”, and thus she called her son Mina.

His father, a ruler of one of the administrative divisions of Egypt died when Mina was fourteen years old. At fifteen he joined the army, and was given a high rank because of his father’s reputation and was appointed in Algeria. Three years later he left the army longing to devote his whole life for Christ. He headed towards the desert to live a different kind of life.

After he spent five years as a hermit, he saw the angels coronating the martyrs with glamorous crowns, in a revelation and longed to join them. While he was think- ing about it, he heard a voice saying: “Blessed are you Abba Mina because you have been called for the pious life from your childhood. You shall be granted three immor- tal crowns; one because of your celibacy, the second because of your asceticism and the third because of your martyrdom”.

Immediately he felt as if the earth under him was vanishing, and he was overwhelmed with great eagerness to be carried away to heavens. In a mood of valor he hurried to the ruler, declaring his Christian faith. His endless sufferings and the tortures that he went through, have attracted many of the pagans not only to christianity, but also to martyrdom.

[images lightbox=”yes” gallery_id=”Saint Mina”][/images]The saint’s assassins tried to burn his relics but they failed, so the believers loaded his body on a camel and headed towards the western desert. At a certain spot, the camel stopped and the people could not force it to continue its trip by any means. Right there; hear a water well they burried him (that place is his present monasterS at the end of Marriute lake not far from Alexandria).

THE DISCOVERY OF HIS BODY

It happened that while a shepherd was feeding his sheep in that area, a sick lamb fell on the ground. As it struggled to get on its feet again, its scab was cured. The story was spread quickly and the sick who came to this spot recovered from whatever illnesses thay had just by laying on the ground.

During that time, the daughter of king Zinon, the Christ lover, caught the itch. His advisors suggested that she should try that place, and she did. At night the Saint appeared to the girl and informed her that his body is burried in that place. The follow- ing morning, she bathed in the well and was healed. She related her vision about St. Mina to her servants and that he cured her.

Immediately, King Zinon ordered the Saint’s body to be dug out, and a church to be built there. Not only that, but he also ordered to build a large city to be named after the Saint. Sick people from all over the world, used to visit that city and were healed by the intercession of St. Mina, the miracle-maker.

Mrs. Bucher recorded that destruction started to take place in the city, and its in- habitants were degraded after the Arab conquest. During the period after Haroun El-Rasheed, the Barberians attacked the city and burned a large portion of it. At the time of El-Mamoun he ordered to put the entire city down, and then he used its numerous marble pillars to build his palace and the mosques. It is only in the twen- tieth century that international missions began to search for the city and the church. The remainders of it, no doubt, demonstrates the glory of the Coptic past.

THE NEW CHURCH OF ST. MINA

As soon as Pope Cyril the Sixth was coronated on St. Mark’s Throne, he began to put the foundations of a great Monastery close to the remains of the old city. Thus in his blessed days God’s will had permitted the old monastery of St. Mina to be resurrected and the Copts to visit it and to be blessed by the Saint. What is even more interesting is that the Pope has stated in his will that his body should not be burried in the new famous Cathedral in Cairo, but in the monastery of his personal friend and intercessor St. Mina the miracle-maker!!! 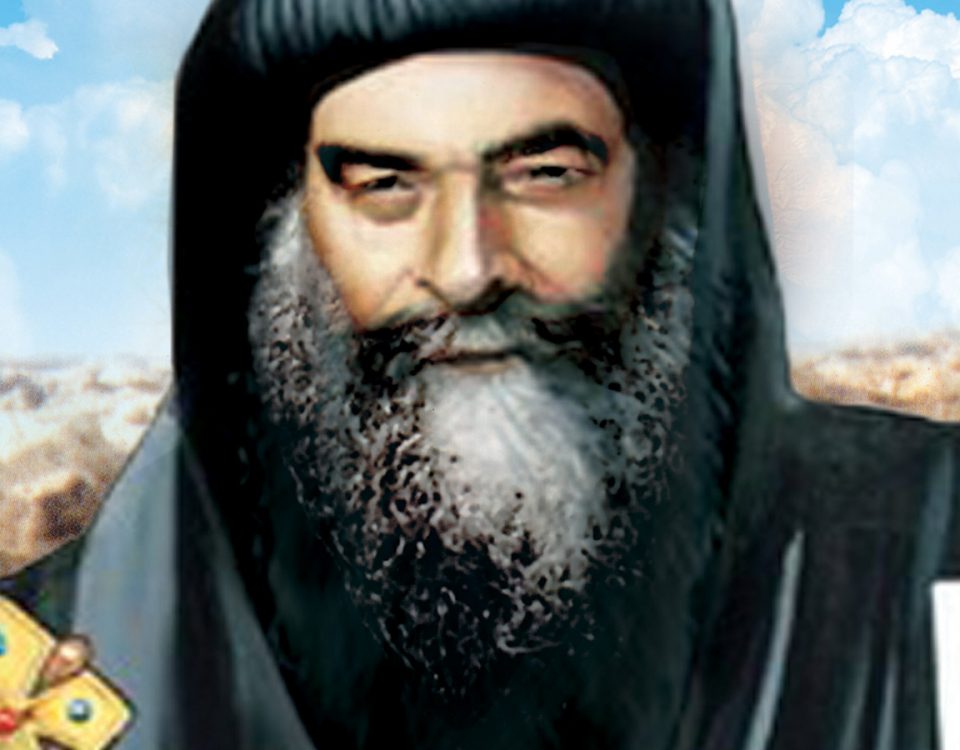